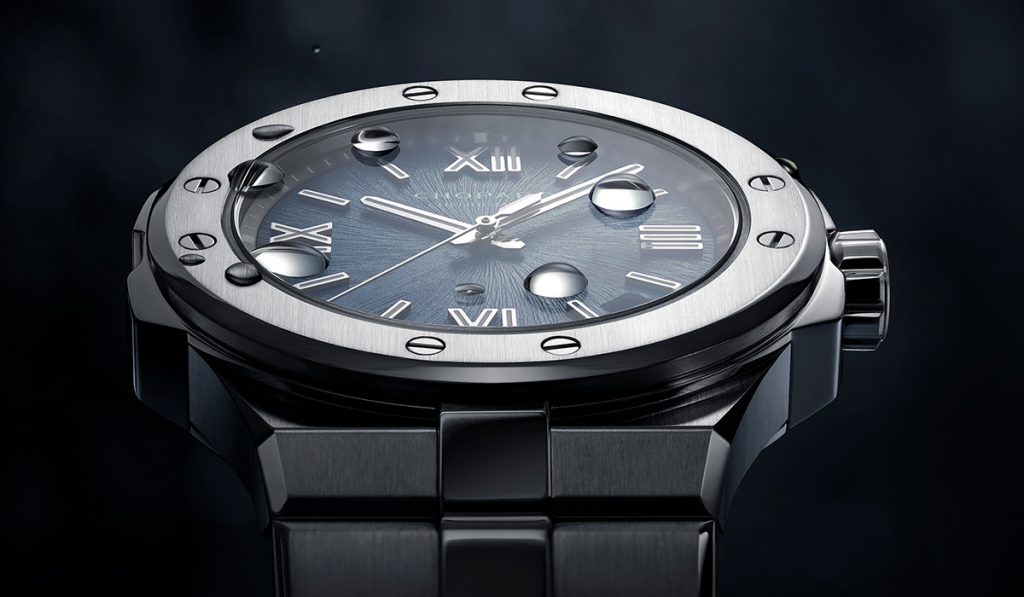 The rebirth of the contemporary timepiece that defined sports watches in 1980s, soars once again in 2019.
Tuesday, October 1, 2019 By Jx Chong

Sports watches with integrated bracelets are all the rage now. So it comes to no surprise that Chopard is chosen to launch its new Alpine Eagle collection to ride this wave.

A contemporary yet refined and assertive addition to Chopard’s collection, the Alpine Eagle has a long history that stretches back to the 1980s when a young yet ambitious 22-year-old Karl-Friedrich Scheufele embarked on his first watchmaking project, the St. Moritz. The accession of the project perfectly mirror’s the young Scheufele’s need to assert himself, spread his wings and take flight.

It was a calculated risk that paid off handsomely, as the St. Mortiz went on to become one of the Maison’s best-sellers for the next decade.

Since then, Karl-Friedrich Scheufele has gone on to become the co-president of Chopard. Though he was initially reluctant to look into updating the St. Mortiz, he was finally won over by his son Karl-Fritz, just as he was able to win his father’s support 40 years ago.

Today’s Alpine Eagle belongs to a select circle of watches that have an integrated case and bracelet. It is a design that is both refined and contemporary that draws on the characteristics of its namesake, the eagle.

From the rock-like textured dial representing the mountainous Alps, the cold glinting steel that is reminiscent of glaciers, to the curved radiating rays from the centre of the dial that resembles an eagle’s iris, all elements of the timepiece harken back to Louis Sullivan’s principle of “form follows function”.

Like the snow, torrents and rock of the Alps that inspired Karl-Friedrich Scheufele and change their appearance according to the light conditions, Alpine Eagle constantly alternates between polished and matt finishes.

Chopard has created a new material that is as rich, precious and complex as gold called Lucent Steel A223, a rare and extraordinarily precious metal, stemming from a very complex development and manufacturing process.

The case is distinguished by round bezels that are punctuated by eight screws, with their slots set at a tangent to the circle of the bezel. The screws also serve a technical function by guaranteeing the water-resistance of the watch is up to 100 metres.

For increased legibility at night, the hours and minute hand are coated with Super-LumiNova Grade X1.

The original St. Mortiz in all its glory.

A Manufacture-Made Movement With Attention To Detail

The new Alpine Eagle collection is launched in ten references in steel gold, bi-material or diamond-set gold. It is available in unisex models in two different 41mm and 36mm diameters.

Two movements with automatic winding power the heart of the Alpine Eagle watches, developed in Chopard’s watchmaking workshops and chronometer-certified by the Swiss Official Chronometer Control.

Chopard has produced and assembled all Alpine Eagle components in-house, from all the components of its movements to the making of its case and bracelet, whether in steel and/or gold.

Beyond the launching of the new Alpine Eagle Collection, Chopard is committed to protecting the Alpine environment through the launch of the Eagle Wings Foundation- of which Karl-Friedrich Scheufele is a founding member.

Through this foundation, Alpine Eagle is dedicated to raising awareness on the importance of protecting the beauty of the Alpine.

The first project in this organisation will be launched in September 2019 with the Alpine Eagle Race, during which participants will be able to observe images taken by a camera on an eagle launched from five mythical Alpine peaks spread over five countries: Zugspitze in Germany, Dachstein in Austria, Marmolada in Italy, Aiguille du Midi in France and Piz Corvatsch in Switzerland. The race will end in St. Moritz, in tribute to the creation that inspired Alpine Eagle.