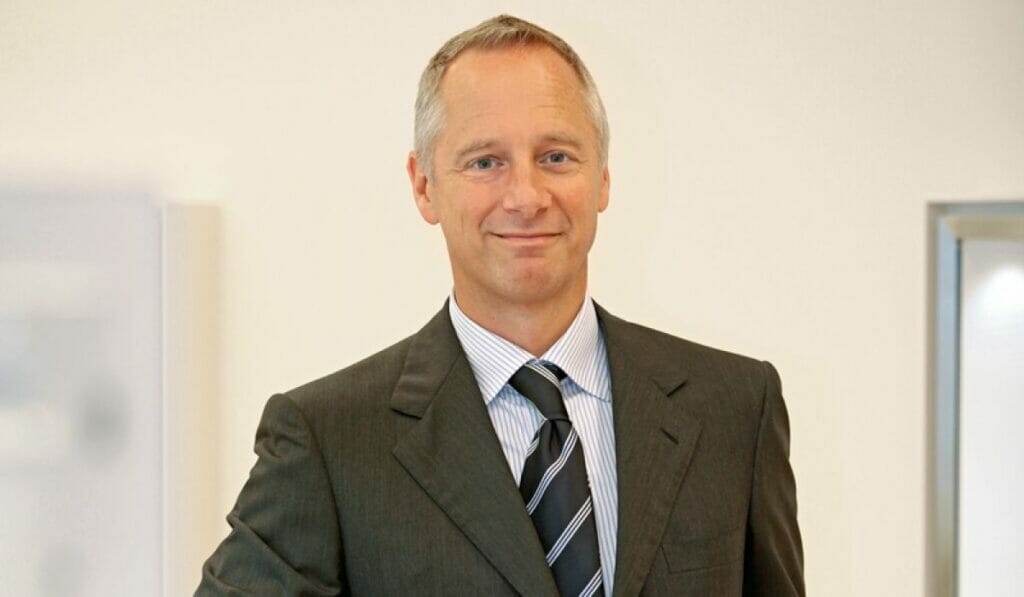 On refreshing one of the most respected names in a largely traditional industry.
Wednesday, August 8, 2018 By Editors

In 2018 A. Lange & Sohne continues to impress with technical tours de force such as the Triple Split chronograph, its 2018 blockbuster capable of tracking two simultaneous events of up to 12 hours each; and quiet triumphs like the steel 1815 â€œHomage to Walter Langeâ€, a timepiece that broke the brandâ€™s own auction record in Geneva last month. But these days, when it comes to marketing, the product is no longer everything.

Speaking to us at the Salon International de la Haute Horlogerie (SIHH) fair in Geneva in January, and again when he was in Singapore in April to give collectors a pre-auction preview of the 1815 â€œHomage to Walter Langeâ€, Schmid elaborated on the recent shifting of the brandâ€™s design and marketing teams from Glashutte to Berlin. He shared: â€œIn Glashutte, we have an absolute paradise for watchmaking. Itâ€™s tranquil, itâ€™s calm, itâ€™s difficult to get distracted. We are the biggest company there. But, if you think about social media and digital, retail trends, marketing trends â€“ and the talents whom you want to attract in those fields â€“ we find it very difficult to establish them in Glashutte. They love it there for a day, but they canâ€™t live there.â€

Against the dynamic backdrop of the edgy, artistic German capital, these teams will take on what Schmid calls the companyâ€™s â€œbiggest challengeâ€ â€“ selling a brand beloved by horological purists to a new generation of watch fans. He said: â€œOn one hand, the way we talk, present, design and execute is exactly why people like us. But now, we have to change the way we communicate slightly to attract that younger audience.â€

One of the brandâ€™s digital platforms up for a makeover soon â€“ its website. With a smile, the CEO and father of two millennials (aged 18 and 20) elaborated: â€œWe (at Lange) have a tendency to be very technical. If you ask us about our outsized date, we will explain the mechanism to you â€“ in detail. But young people donâ€™t want to go through piles of descriptions; they want to know the purpose of the outsized date and what it brings and, maybe, later on, they want to dig deeper and understand the technique. The experience has to be instantaneous, spontaneous â€“ our website is three years old and itâ€™s not offering that right now.â€

He has been working to integrate this sense of nimbleness not just in his companyâ€™s marketing efforts, but also in its production processes as well. As with many other industries today, rigid specialisation is a luxury that few can afford. In January, he shared: â€œIn the last couple of years, we have invested massively in training our people, to increase the flexibility of our capacity. We donâ€™t have a general capacity problem, but we need to be able to shift more quickly from one product to another. In the past, we would have a watchmaker working on one movement and another working on another movement.â€

â€œToday, we can have two watchmakers who are able to work on six to eight different movements, in total. Itâ€™s difficult because they work with their hands; with such work, you get more efficient with more practice. But now, they can adapt more quickly when moving from movement A to movement B.â€

On a personal level, the watch lover â€“ who was already into horology prior to joining A. Lange & Sohne seven years ago â€“ has experienced shifts in horological perspectives as well. With a laugh, he said: â€œAfter helming a brand like Lange for so long, it takes far more for me to look at a watch and say, â€˜I like it.â€™ I look at many details and if theyâ€™re not done properly, Iâ€™ll just say, â€˜No, not for me.â€™â€

CHF 700,000 â€“ thatâ€™s the price at which the hammer dropped for a unique A. Lange & Sohne wristwatch at the Geneva Watch Auction: Seven, held by British auction house Phillips last month. The watch was sold by well-known auctioneer Aurel Bacs, who had promised Schmid to â€œscream his soul outâ€ to get a good price for the timepiece.

The 1815 â€œHomage to Walter Langeâ€ features a stoppable jumping seconds hand â€“ a 150-year-old invention of Ferdinand Adolph Lange, great-grandfather of Walter Lange, who passed away last January. The 40.5mm watch features a steel case and a black dial â€“ both unusual features for the brand. The watch makes a new record as the priciest A. Lange & Sohne timepiece sold at auction, and itâ€™s all for a good cause. All proceeds go to the Swiss charity Children Action.