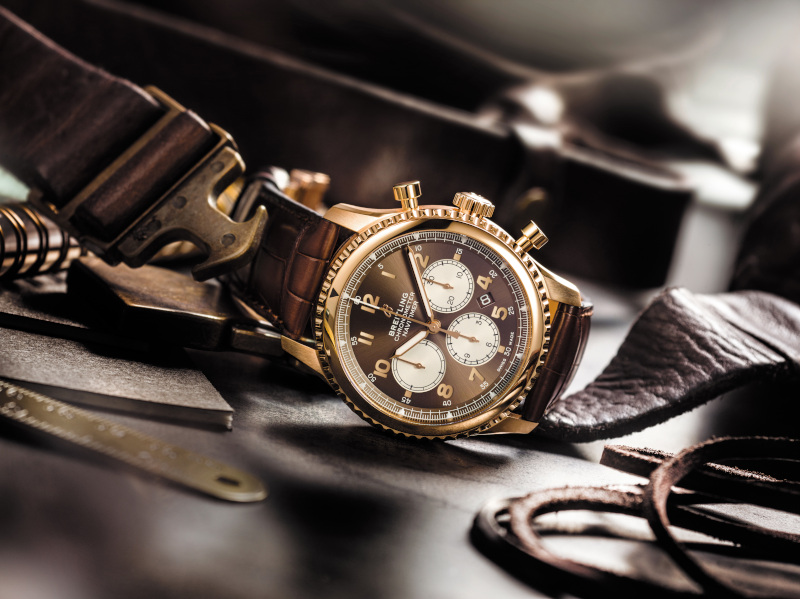 When CVC Capital Partners bought over Breitling, its first move was to enlist the help of a well-known CEO within the horology industry.
Thursday, March 7, 2019 By Daniel Goh

C-Suite executives giving up one prestigious position to helm another is nothing new within the corporate landscape. However, when Georges Kern gave up his position as the Head of Watchmaking, Marketing and Digital at Richemont to become the new CEO of Breitling, it garnered the attention of many within the watch industry. To make things even more interesting, Kern exited Richemont merely months after being offered the promotion and his resignation was announced as â€˜effective immediatelyâ€™.

We donâ€™t know the specifics of what he was offered but it is fairly obvious that CVC Capital Partners, the private equity firm that bought Breitling, made him an offer he just couldnâ€™t refuse.

At the time of writing, it has been about a year and a half since Kern joined Breitling as its new CEO and, since then, he has been working with afterburners engaged (forgive the aviation pun). In a short span of time, he has almost completely redefined the Breitling experience, expanding the brandâ€™s customer base and building a brand image that speaks to the modern consumer. Iâ€™m paraphrasing a bit but, according to Kern, the goal is to remove the fuddy-duddy aspect of luxury and instead position Breitling as a rather â€˜coolâ€™ brand.

One of the very first things that Kern did was to expand the brandâ€™s offerings. Riding on the Navitimer collection that has long been an icon for Breitling, he launched the Navitimer 8 â€“ a new collection of watches in comparatively smaller case sizes and with a look that closely resembles the classic pilotâ€™s watch. This was a part of the strategy: instead of being a one-trick-pony with the Navitimer, Kern hopes to diversify its product line. This meant offering watches not just for aviation enthusiasts, but also watches that could capture the attention of those interested in the sea or land. To that end, Breitling has doubled down on the Superocean collection with the Heritage II and revived an old collection, called Premier, to offer a dressier style of Breitling watches.

Ironically, one of the other main concerns for Breitling is to streamline its offerings. So, even though it is expanding its collections, it is also reducing the number of different references it has â€“ from about 600 to roughly 120. Kern says this is to reduce the overlapping of product styles and messaging, thus reducing customer confusion and clearly defining what each of the collections within the brand is all about.

In addition to tapping into more markets with its expansion to sea and land inspirations, Breitling is also looking to physically expand its presence around the globe. Currently, Kern explains that Europe, North America and Japan are strongholds for the brand, and the next move would be to expand into Chinese territory â€“ a region well known for its affinity for luxury products. â€œFor some reason or another, Breitling never ventured into China. We are looking to reduce our point of sales in Europe and increase our presence in China. Currently, we have 25 doors and we are looking to open another 25 doors in the next 12 months.â€

For the longest time, John Travolta was pretty much the one and only face for Breitling. Unsurprisingly, Kern changed all this by introducing the Squad Concept, which basically means using a group of people instead of just one ambassador.

Currently, there are Jet, Surfer, Explorer and Cinema Squads. Getting one ambassador for the brand would probably already cost quite a significant amount, so we canâ€™t imagine the Cinema Squad, which includes Brad Pitt, Charlize Theron and Adam Driver, came cheap.

Even the Pilot Squad, although not really as well-known as Hollywood actors, are incredibly expensive to put together. Just to give you an idea, currently Breitling is the only private company that owns its own Civil Jet team; the rest are owned by countries. But it is undeniable that if cool is what the brand is going for, teaming up with Jet pilots, explorers and surfers is definitely the way to go. Kern explains: â€œThey may not be well known but they are authentic and real. Surfing, triathalons â€“ (if) itâ€™s outdoor, itâ€™s cool.â€

Undoubtedly, Kern has accomplished a lot in a relatively short amount of time and we think the brand is on the right path to becoming â€˜coolâ€™. This is good news for long-time fans of the brand but, perhaps, what is even better news is the fact that Kern is committed to doing smaller Breitling Summits in several regions around the world throughout the year. This means that he is bringing the brand closer to consumers and, for those who have spent a good deal on watches from a certain brand, it would definitely be fantastic to be able to interact with the people who are running the brand and the ones who are in charge of ensuring its longevity.