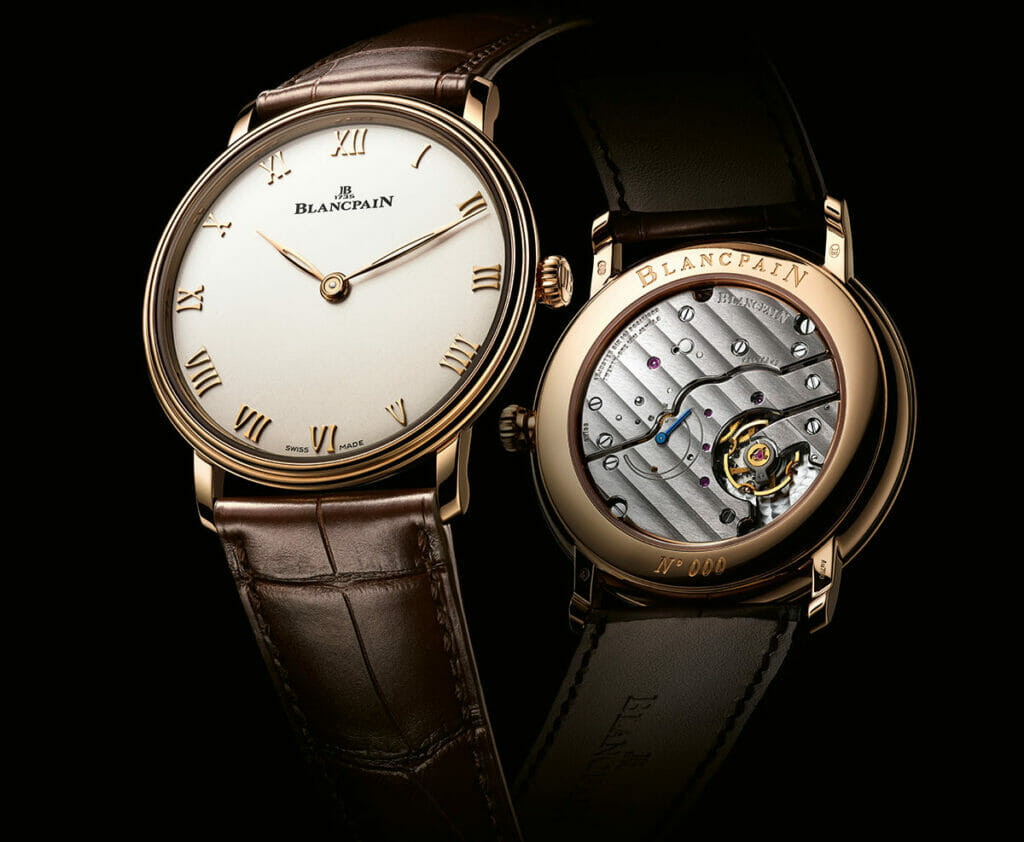 Blancpain may have been absent from SIHH and Baselworld this year, but that has not stopped the Manufacturer from expanding its Villeret line of watches with new models.

Starting with the Villeret Extra-plate, the 2019 model is even thinner than existing iterations. Based on the renowned 1150 calibre, the hand-wound 11A4B Manufacture movement offers four days of autonomy.

The new Villeret Extra-plate is available with a 40 mm 18-carat red gold or steel case measuring just 7.40 mm thick. The gold version comes with an opaline dial and brown alligator strap, while the steel model has a white dial and black alligator strap.

For the user’s convenience, Blancpain has equipped the new Villeret Extra-plate with a power-reserve indicator that is engraved on the back.

Apart from that Blancpain has introduced a new GMT model to the Villeret line, the Villeret GMT Date model that comes with a date complication that enables the simultaneous indication of two timezones

Featuring the restrained and refined appearance typical of all the models in the collection, this new release is remarkably easy to read. Local time â€“ to which the date is linked â€“ appears in the foreground thanks to a raised chapter ring composed of Roman numerals.

Meanwhile, the reference time is indicated using a 24-hour scale. Separate hands indicate the two timezones. They are shaped like cut-out sage leaves for local hours and minutes, while the hand pointing to the second timezone is tipped with a red triangle. A large seconds hand completes this information.

Internally, the new Villeret GMT Date is powered by the 5A50 self-winding movement, entirely designed and produced in the Manufactureâ€™s workshops. It has a four-day power reserve and a silicon hairspring.

The 40 mm-diameter case of this new product is available in 18K red gold or steel versions, the former paired with an opaline dial and the latter with a white variation. Both models are available with an alligator strap or metal bracelet, enabling globetrotters from around the world to select and adopt a worthy Blancpain travelling companion.