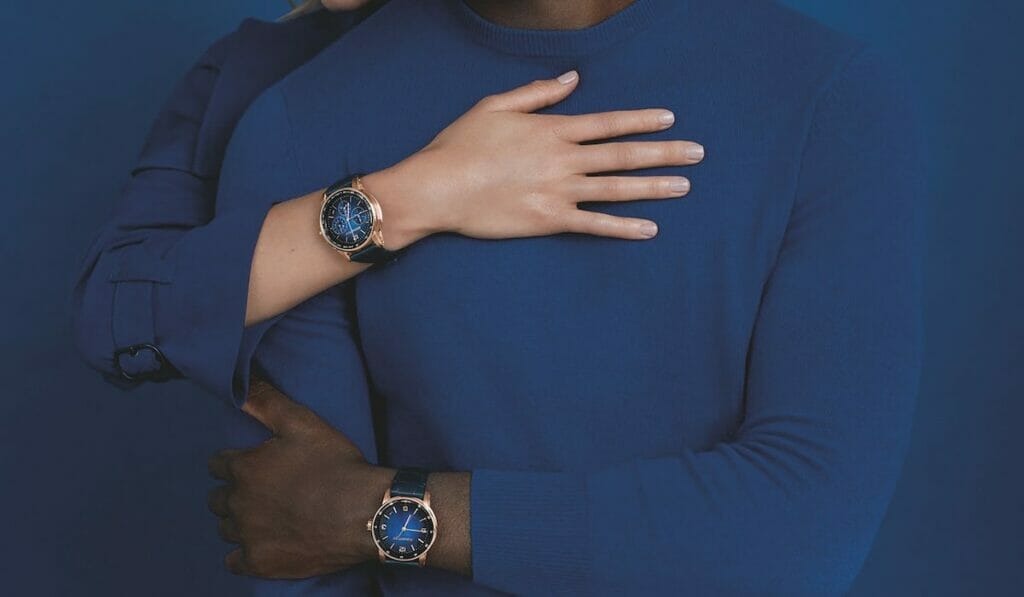 Getting a new watch family off the ground is never an easy task, especially when that collection is competing with its famous siblings. As easy as it would have been for Audemars Piguet to keep releasing new iterations of its well-loved Royal Oak and Royal Oak Offshore watches (along with the occasional Millenary, Jules Audemars and fabulous high jewellery piece), it decided that some boldness was overdue. Code 11.59 by Audemars Piguet, which came from that decision, was refreshing. Unlike anything else the brand had made up to that point, the collection became one of 2019’s most talked-about releases.

A round case with an octagonal mid-case, open-worked lugs, unusual Arabic typeface from a vintage reference and an extremely slim bezel – it was a design that divided opinion but testified to Audemars Piguet’s commitment to creating something completely novel. Within a year, the watchmaker figured out how to further capitalise on the collection’s fascinating architecture. Following on the popularity of the Self-winding Flying Tourbillon, Minute Repeater Supersonnerie and Bolshoi Limited Edition – all of which have blue fume dials – the brand has released 10 new references in similar styles and more colours.

All that surface area afforded by the skinny bezel and spare indices is now filled with smoky blue, burgundy, purple and light as well as dark grey on shiny, sunburst lacquer faces. The burgundy model is paired with a white gold case and applied hour markers, while the blue and purple come with pink gold. These three vibrant shades also have leather straps in corresponding colours that are secured by pin buckles in matching gold.

The dark grey- and light grey-dialled versions make up for their lack of colour with two-tone cases. Seeing as the octagonal mid-case is one of the most interesting features of the collection, it makes sense for it to shine, just as it did in the one-off, two-toned Tourbillon Openworked Only Watch 2019. In the same vein, the grey models are crafted in white gold with a pink gold midsection – a rare combination in the brand’s history, but one that highlights the many brushed and polished surfaces of the overall case.

These models also have straps to match their dials. All of these new colours and cases are available as 41mm chronographs or self-winding date and time watches powered by in-house movements that debuted last year. The first integrated chronographs of their kind for Audemars Piguet run on the Calibre 4401, and have a vertical clutch and column-wheel as well as a 70-hour power reserve. The date and time models are equipped with the Calibre 4302 and a similar power reserve.

By adding a good splash of colour, Audemars Piguet has given its already noteworthy newest family a fresh appeal that will attract a demographic looking for something with a unique character.