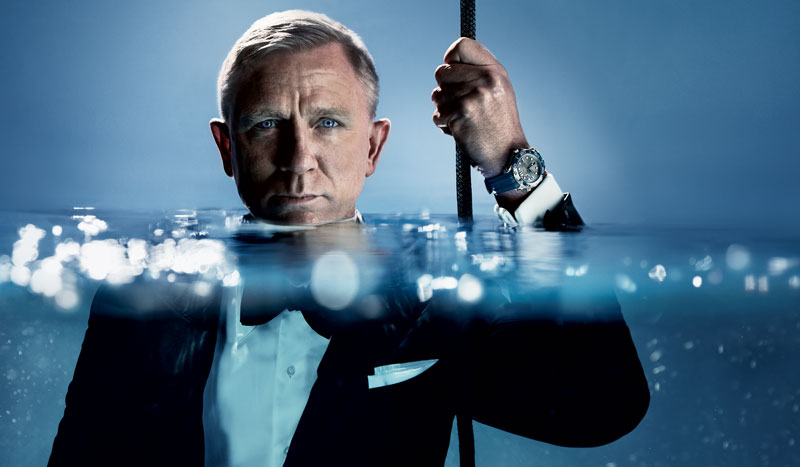 Beneath the waves
Tuesday, February 19, 2019 By Daniel Goh

The Seamaster is the oldest collection of watches still produced by Omega. Considering that it has been making watches since 1848 (albeit, at the time, under the La Generale Watch Co name), the title of the â€˜oldest watch collectionâ€™ represents a vast amount of history that, in all fairness, must have contributed to what Omega represents today.

The very first Omega Seamaster was created back in 1948 and, unlike the robust dive watches you see today, the early Seamasters were actually dressy timepieces that adopted the moniker simply because it had a superior water resistance compared to other offerings at the time. In fact, if you take a walk through the Omega Museum in Bienne, Switzerland, youâ€™ll be able to see that the De Ville collection was, first, the Seamaster De Ville.

It wasnâ€™t until 1957 that Omega decided to make a Seamaster tool watch, launching it in tandem with two other timepieces â€“ the Railmaster and, of course, the Speedmaster, which has now become an unmistakeable icon for Omega. In 2017, to celebrate the 60th anniversary of this milestone, it even launched a limited edition trilogy of these watches that kept the vintage style but updated with the latest Omega movements.

This 1957 Omega Seamaster 300 is much closer to the modern Seamasters of today. First of all, it was designed to be a dive watch with its unidirectional bezel and 200m water resistance; more importantly it had the Broad Arrow hands, a trait which can still be seen on many Seamasters of today.

Although the Seamaster collection celebrated its 70th anniversary in 2018, the Seamaster Diver 300M was actually only created in 1993 (it was known as the Seamaster Professional back then). Since then, this watch has become one of the most recognisable modern Omegas, second only to the Speedmaster. And we have James Bond to thank for this.

The year was 1995 and when Pierce Brosnan appeared on the silver screen as Bond, James Bond in GoldenEye, he did so wearing the very first Seamaster Professional watch on his wrist. Official accounts state that Lindy Hemming, the Oscar-winning costume designer, was responsible for casting 007â€™s watch in GoldenEye. She said: â€œI was convinced that Commander Bond, a naval man, a diver and a discreet gentleman of the world would wear the Seamaster with the blue dial.â€ However, behind the scenes, it was watch industry legend Jean-Claude Biver who also played a huge role in how this came to be. But this is a story for another time.

Before GoldenEye, Bond wore Rolexes and, in some instances, Seikos, but today, everybody knows the connection between James Bond and Omega. The 1995 Bond wore a quartz Seamaster Professional but, when Daniel Craig took over the role, Omega updated Bondâ€™s watch to the one featuring its signature Co-Axial movement.

One of the biggest changes to the 2018 Seamaster Professional Diver 300M is a new 42mm case size, giving it quite the presence on the wrist. And, with a bigger case, comes a bigger dial that has also been updated to ceramic. On top of that, Omega has also managed to etch its famous wave pattern on the dial, giving it even more of a connection to the sea. As with the previous iteration of this collection, the watch comes with a helium escape valve that now has a subtle red ring that becomes visible when the valve is open, reminding you to lock it down before your next dive. These watches have also been equipped with the new Calibre 8800 Co-Axial movement and each watch will also be Master Chronometer certified.