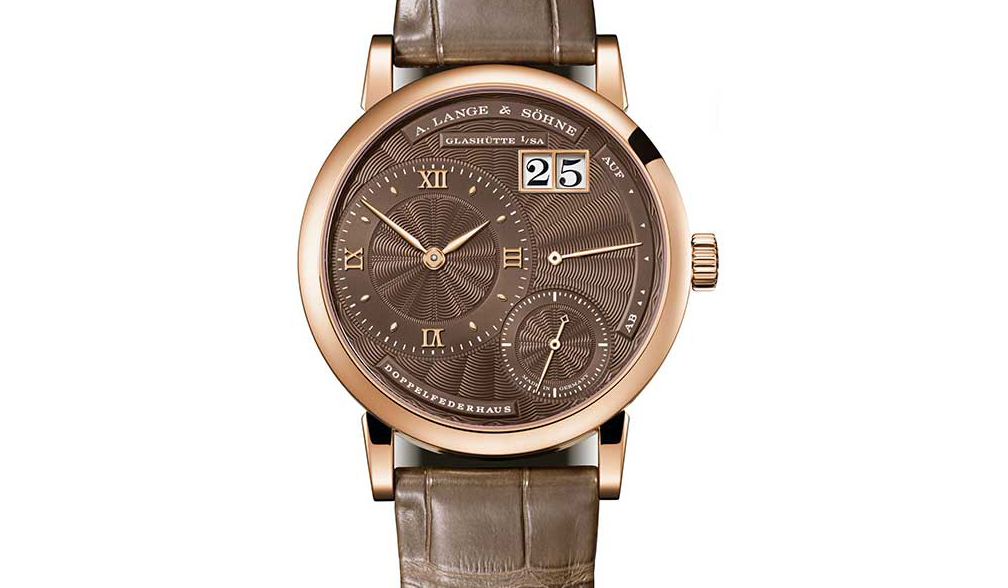 The Saxon watchmaker has released bright new editions in time for the yearâ€™s end.
Monday, February 11, 2019 By Editors

The season of multitudinous festivities is upon us, and the usually sombre A. Lange & Sohne hits the town with fancy editions of fan favourites.

The standard Saxonia Thinâ€™s austerity helped accentuate its slimness when it was first released in 2016, but itâ€™s lightened up with a dazzling new dial. The svelte baton indexes, and hour and minute hands â€“ made from rhodiumed gold â€“ of the Saxonia Thin Blue now stand out crisply against a face resembling a starry sky. This dial was achieved by coating a solid-silver dial with a layer of shimmering goldstone, which is created using a technique that originated in 17th-century Venice â€“ whereby tiny copper oxide crystals are incorporated into glass.

Colour has also been unleashed on the Little Lange 1, with two white gold versions with purple or grey dials, and a pink gold version with a brown dial. All three of these new editions have matching alligator straps, making them a good fit for those who want their fine timepieces to double as wrist candy. Unlike the Saxonia Thin, which comes in at a fairly versatile 39mm, the Little Lange 1 is named for its deliberately dainty case size of 36.8mm â€“ ideal for ladies or smaller-wristed gentlemen with a fearless sense of style.