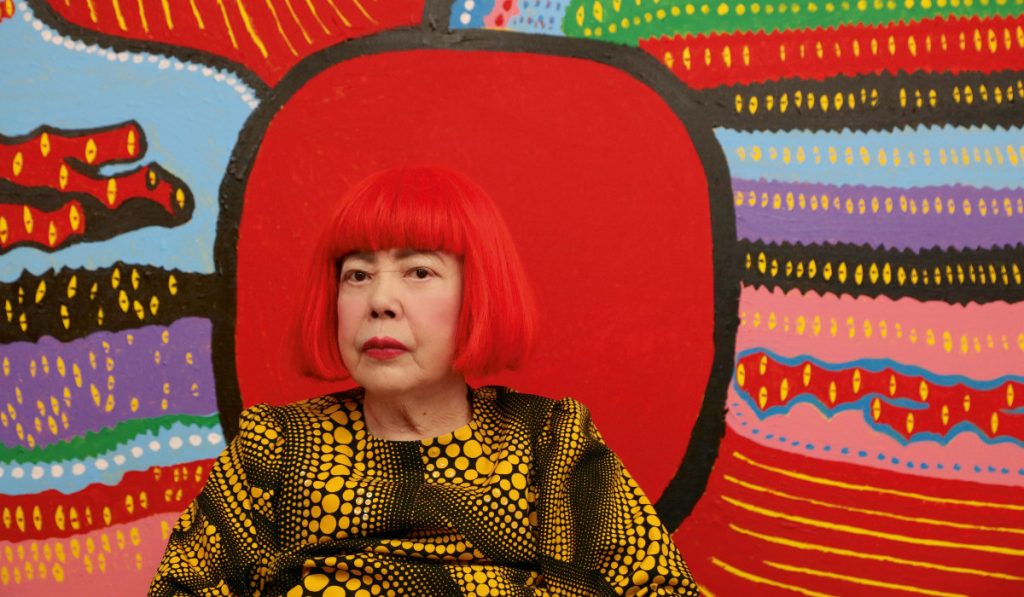 Yayoi Kusama: Life is the Heart of a Rainbow is the first major survey of the artistâ€™s work in South-East Asia. How did such a momentous exhibition arrive at the National Gallery Singapore?

Yayoi Kusama is, undoubtedly, one of Asiaâ€™s most prominent artists and we strongly feel that her work deserves to be understood and prominently seen in South-East Asia. Her colourful history, her connection to key 20th century art movements and undisputed title as leading contemporary artist are highly relevant to our interest in exploring the relationships between Asian art and the rest of the world. Thus, this exhibition is a great opportunity to introduce Yayoi Kusama and her art to audiences in this part of the world, following other retrospectives held in Europe, the United States, South America and East Asia.

Tell us about the show.

Visitors can expect to see an expansive body of work by Kusama â€“ from key paintings, sculptures, videos and installations from the 1950s to the present, representing the most important phases in the artistâ€™s career. Through careful selection of her works, the exhibition will trace Kusamaâ€™s iconic use of nets and dots, her strategies of repetition and immersion, and also her engagement with the body. With this in mind, we aim to provide a close look at key aspects of Kusamaâ€™s work over the past seven decades rather than a general overview. Besides, we also wanted to present her not just as historically significant, but also as a leading contemporary artist who is still enormously active and, to this day, a vital player in the scene.

We hope that audiences are drawn to the visual impact and virtuosity of Kusamaâ€™s work and appreciate the development of her style and motifs through personal, artistic and social influences. Due to the immersive nature of her work, weâ€™re sure visitors will have a ball interacting with and finding their own meaning in the exhibition.

The exhibition features 120 of her works, with brand-new art and long-hidden works that have not been showcased for years. Which ones are the most captivating?

Perhaps one of the most anticipated works in the exhibition is one of Kusamaâ€™s iconic infinity mirror rooms, titled Gleaming Lights of the Souls (2008). She has been creating these works since the 1960s, where a small room is filled with repeated objects that are then reflected to infinity by mirrors on each wall. They create a sense of endless space and a truly magical experience in which you feel at one with Kusamaâ€™s intimate universe. Also not to be missed is our staging of Narcissus Garden in a historically significant room at the Gallery, where 1,500 stainless steel balls fill the floor and reflect their surroundings.

Besides that, a major feature of the exhibition is a large selection of paintings from Kusamaâ€™s My Eternal Soul series, which she began working on back in 2009. A number of these works have not been exhibited before, including her new painting, Life is the Heart of a Rainbow â€“ a piece so amazing that the exhibition was named after it.

Why are people so drawn to Kusamaâ€™s work?

Kusama has a generous conception of universal human relations that aligns somehow to our contemporary sense of connectedness through digital media. Thereâ€™s dramatic visual impact, an immersive quality that creates a sublime aesthetic experience and a magical ability to cross cultural and language barriers through all-embracing imagery. Her personal story is also very compelling â€“ she has lived through some of the most important events of the 20th century as she vividly protested against the Vietnam War and befriended some of its most influential artists from the likes of George Segal to Andy Warhol. Sheâ€™s the perfect mix of art and inspiration.