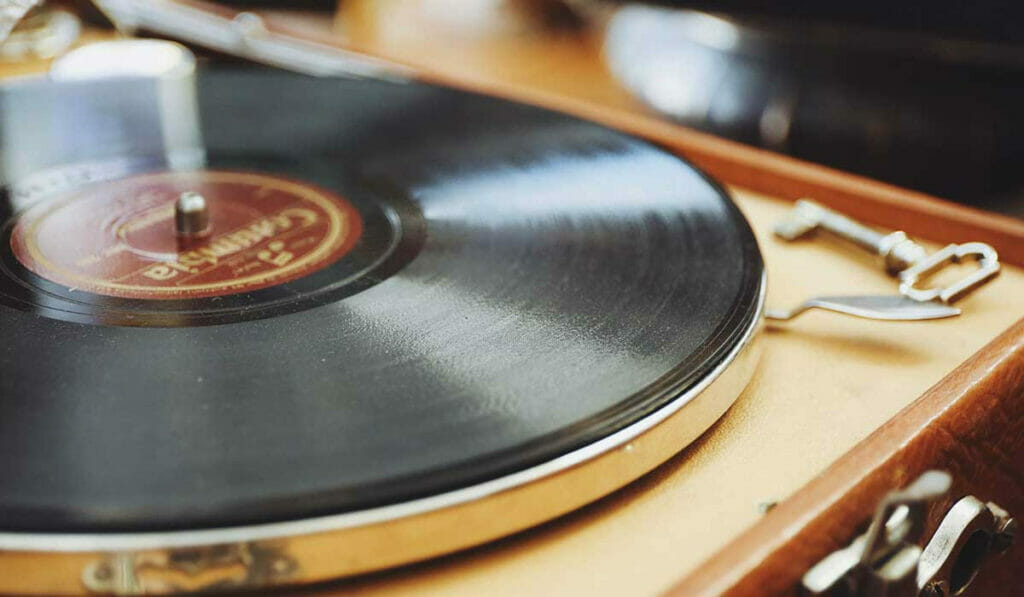 The vinyl revival is here to stay, and this time with a new and improved sound.
Tuesday, December 18, 2018 By Editors

When CDs made their debut in the 1980s, it seemed that the death of the vinyl was imminent. And the turn of the millennium brought along what many thought was the final nail in its coffin â€“ digital music. And yet, somehow, like punk, vinylâ€™s not dead. In fact, itâ€™s been thriving since the mid-2000s.

Vinyl record sales have been steadily climbing, with Deloitte declaring global sales would have surpassed US$1 billion for the first time in a decade last year. According to Nielsen, over 14 million records were sold in the US last year, making it the 12th consecutive year that sales have increased stateside. So much so that the few pressing plants that survived the CD advent are having trouble meeting demand.

So now that you know your collection of Beatles LPs is a certified treasure, with new music becoming available on vinyl as well, a worthy turntable is in order.

Manufacturers like Linn and Kronos are high-end favourites in the audiophile community, but then there are people like Kostas Metaxas that have ditched the pancake-on-wooden-board styling for something far more artistic.

The Phonographic Perambulator No. 1 (or PP1 for short) is Metaxasâ€™ first turntable, though the award-winning designer and audio engineer from the Netherlands has been building audio equipment for the last 37 years under his brand, Metaxas & Sins.

Each outrageously shaped product, from sinewy speakers to skull-shaped preamplifiers, is handcrafted by Metaxas or his two sons. The PP1 is wrought from aircraft-grade aluminium and titanium, and equipped with an aluminium platter base, a sapphire crystal tone arm and jewelled bearings.

AVANT GARDE ENGINEERING The curves of Phonographic Perambulator No. 1 help to keep the sound pure.

According to Metaxas, its sensuous shape is not just for visual pleasure; it actually helps eliminate the reflections and refractions of resonances found in more traditional turntable shapes. Only five PP1s have been made so far, each going for US$35,000.

There are also people who are trying to advance the technology of vinyls themselves. Having raised US$4.8 million in Series A funding this year, one Gunter Loibl is in the midst of developing what his company, Rebeat, is calling â€œHD Vinylâ€. To put it very simply, the main difference between HD Vinyl and regular vinyl is how itâ€™s made.

Instead of traditional cutting and etching techniques, the former uses 3-D topographical mapping and laser inscription to make the â€œstamperâ€ (the part that stamps the grooves into the vinyl). This method allows for more precision and, hence, less loss of audio information.

And not only will HD Vinyl allow 30 to 40 per cent more music to be recorded on each LP, the manufacturing process is also easier on the environment, since it negates the use of materials like stannous chloride, silver and nickel. Rebeat is hoping to have its vinyls in stores by next year.

On the flip side and in an almost regressive move, Vienna-based company Supersense has developed a converter box that will allow its records to play both moving pictures and synchronised sounds. Itâ€™s not a new concept, since the first attempt to record video onto vinyls was in the 1920s and was quickly abandoned in favour of VHS. But, despite the crackly sound and stuttering frame rates, there is a certain geeky charm in watching a video played from a vinyl, and the available Vinylvideo records Supersense sells currently include music videos from The Courettes, Reverend Beat-Man, Frankie Stubbs and Motorhead. You can also create your own by sending them your favourite videos. In addition to the converter box and Vinylvideo records, youâ€™ll need a turntable and a TV.

Itâ€™s a matter of ongoing (and heated) debate whether vinyls sound better than MP3s or CDs, but you canâ€™t argue that nostalgia is a powerful selling point.

VINTAGE PLEASURE Austrian company Supersense has created a converter box in which records can be used to play stuttering film.