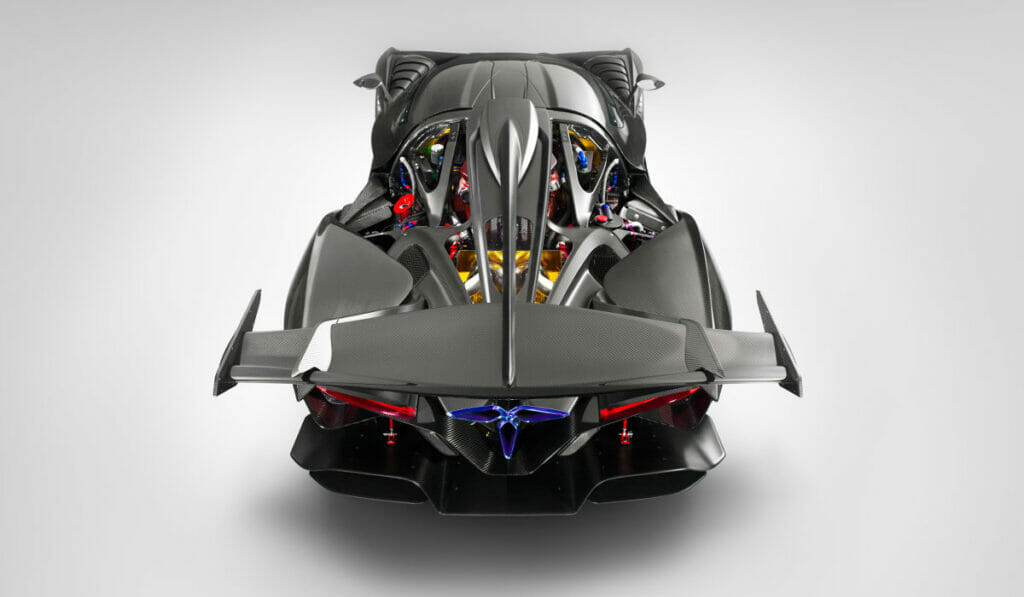 Artful conceptions.
Wednesday, June 6, 2018 By Editors
Prev1 of 9Next

The supercar manufacturer has always been clear about what it wants to do – filling the void separating car and driver – and has, quite spectacularly, achieved this with the Intensa Emozione, a living, breathing automobile that inspires, as its name makes clear, intense emotion. Its fluid lines are both organic and, yet, a model of efficiency and functionality, while prominent elements, including the striking sharklike nose, distinctive side aero fins, large-angled wing mounts and trident exhausts, add to the visual appeal. Structural supports, such as the rear spine and wing mounts, are designed in order to achieve and sustain over 1,350kg of downforce, ensuring that you’ll enjoy the best of the naturally aspirated 6.3l V12 engine under the hood, which produces in excess of 780hp and 760nM of torque, and revs to 9,000rpm for a top speed of 335k/h.

Other highlights include a state of the art, bespoke allcarbon fibre chassis, carbon fibre front crash structures usually reserved for F1 racers, a new Brembo carbon ceramic braking system, and a longitudinal Hewland sequential sixspeed+ Rev gearbox operated via electro-pneumatic paddle shifters that move with the steering wheel so the next gear is always within the driver’s reach.

The Intensa Emozione has a production run of only 10 units, and owners will get exclusive access to the Time Attack programme, run by Apollo on the top European racing circuits, as well as priority to order the Intensa Emozione’s sibling, the Arrow, scheduled for release in 2019.