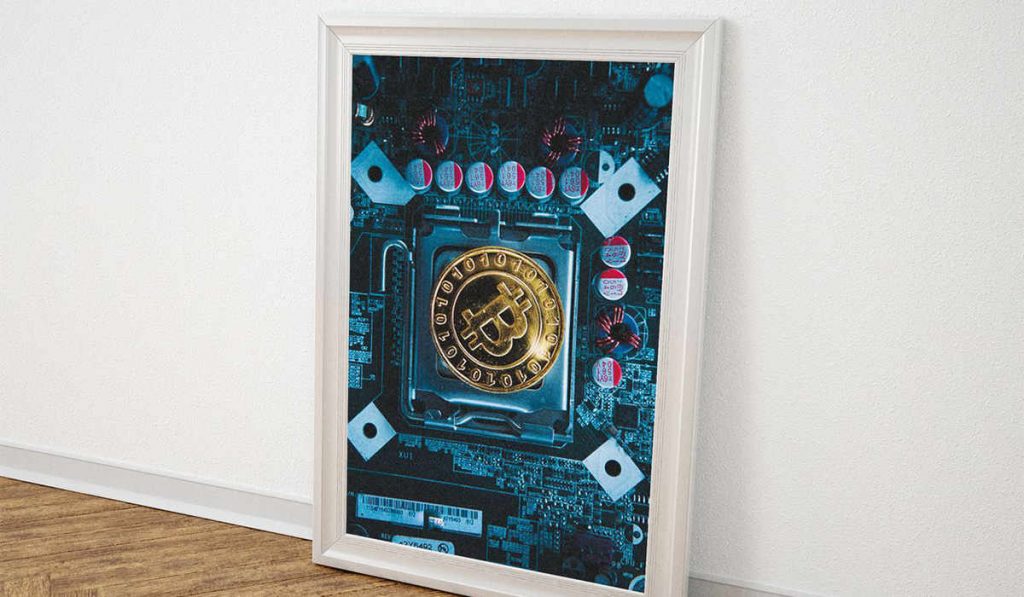 Cryptocurrency may be a virtual Wild West, but it is giving the luxury art world a run for its money.
Tuesday, February 19, 2019 By Editors

The world of cryptocurrency may be an esoteric, unregulated and tempestuously fluctuating virtual Wild West, but it is giving the staid and lofty luxury art world a run for its money.

Last August, a US$1.7 million (S$2.3 million) fraction of Andy Warhol’s Fourteen Small Electric Chairs (1980) was auctioned in cryptocurrency through a new digital art investment platform, called Maecenas. The 31.5 per cent of the artwork (the rest is owned by a single private individual) was sold in four weeks to 100 investors who bought digital certificates in cryptocurrencies including bitcoin, Ethereum and Maecenas’ own ART Token, as well as traditional fiat currencies (pounds, dollars and yen).

DIVIDED OWNERSHIP While 68.5 per cent of Andy Warhol’s Fourteen Small Electric Chairs still belongs to a private owner, the rest was sold to 100 investors in the form of digital certificates.

FROM CRYPTO TO REAL WORLD Eleesa Dadiani is behind crypto brokerage Dadiani Syndicate, which allows the virtually rich to buy physical goods.

The sale took place through a partnership with Dadiani Fine Art, an art gallery in London’s exclusive Mayfair district, which was probably the world’s first to accept multi-cryptocurrency.

The Maecenas auction was a test run, a private beta launch of the platform aiming to prove that blockchain-based asset tokenisation is both viable and efficient. “We wanted our first artwork to be from an iconic, instantly recognisable artist who is known for producing good returns, but also is popular enough so that non-art experts can still relate to it,” says Marcelo Garcia Casil, founder and CEO of Maecenas Fine Art, which has offices in London and Singapore.

“We also wanted Maecenas to be seen as an alternative to traditional auction houses, hence 14 Electric Chairs, which had failed to sell at Bonhams two years earlier, was the perfect fit.” Of course, owning just a fraction of an artwork means you won’t be hanging it in your living room, but this is a concept that art investors have been used to, since the early 2000s, when art funds were all the rage.

Through fractionalising artworks, Casil believes his company is democratising art ownership. Through the secure ledgers of blockchain, through which cryptocurrency functions, he says they are transforming the art world, which is “inefficient, illiquid and opaque”, into a market that is efficient, transparent and, therefore, trustworthy.

“As an investor, once you realise that you can be in full control over your portfolio, you wouldn’t want to go back. It’s like experiencing Spotify and then having to go back to FM radio. Being in control of your assets in a transparent and trusted way is the future,” says Casil.

Buyers were a mix of experienced investors, crypto enthusiasts and fine art professionals, mostly from Europe and Asia, as “we restricted US residents from investing, due to deciding to take a conservative approach with regard to US financial regulations”, says Casil.

The company says they did full “know your customer” (KYC) and anti-money laundering (AML) checks on their investors.

The next artwork Maecenas plans to tokenise is a Picasso painting, meant to have taken place last month, in partnership with crypto exchange Ethershift and computer security expert John McAfee. The project will make the painting, represented as a single ERC721 token, “perpetually inaccessible” – any eventual release date of the physical painting can be decided only via a voting process by token holders, after the minimum amount of time has passed, which will be well into the future. A fixed number of ERC-20 tokens will separately represent shared ownership of the painting itself.

Casil and Dadiani are not the only pioneering individuals who appreciate the decentralised, mainly borderless, nature of crypto, and they are keen to shake off the stigma of it being used for shady dealings by embracing a more regulated approach.

Elizabeth White set up her US-based crypto brokering firm, The White Company, in 2017. By last July, she says the company had surpassed US$100 million in cryptocurrency sales for real-world goods, including exotic travel and experiences, contemporary art and super cars. She sold probably the world’s first piece of art for bitcoin, a painting by Mark Flood called Select A Victim, for 12.3 BTC in late 2017.

“After this, we received a large influx of demand for art pieces,” she says. “Most requests were for well-known artists, such as Warhol and Keith Haring. However, modern and emerging artists appear to be popular among the newly crypto wealthy as well, with requests for Basquiat and Banksy topping the list.”

The wild fluctuations in crypto value – the first and most well-known cryptocurrency, bitcoin, reached a high of close to US$20,000 in late 2017, skyrocketing more than 1,300 per cent, despite dropping by 40 per cent late December of that year, and has mainly seen months of steady losses since – mean sellers can lose their profit in minutes on a sale, if the crypto market moves against them. Nevertheless, demand continues to grow, with Asia becoming a significant market.

“We have a growing number of clients in Asia, especially in China, Hong Kong, Japan, Singapore and South Korea, where many people have invested early in bitcoin ahead of the 2017 market boom and are looking for ways to spend their crypto wealth,” says White. “We have had many enquiries from the Asian market looking to purchase art and wine, as well as converting their holdings directly into fiat.”

White says she is in talks with several top fine art and antiques auction houses to enable them to accept crypto without the volatility risk. Perhaps the traditional art world is finally priming itself for a more fluid future.

How do we ascribe value? Is it a matter of socially agreed judgment? How do we value human life and experience? What does priceless really mean? These are questions raised by dissident Chinese conceptual artist Ai Weiwei in his recent artwork with Irish-American artist Kevin Abosch, called Priceless.

Priceless is two standard ERC-20 tokens on the Ethereum blockchain with the ticker PRCLS. One of the tokens is not available at all, the other is divisible up to 18 decimal places and is to be given away one quintillionth at a time, for free. That is enough for every person on earth.

A small amount of the distributable token was put into inaccessible digital wallets; the codes for the 12 wallets were printed on paper and sold to art buyers. The codes represent a personal moment in time shared by Ai and Abosch, for example, walking down a street in Berlin, where Ai lives. The pieces of paper are practically worthless, and the codes are a proxy for a fleeting human experience and refer to a valueless token – priceless.

“The relationship between blockchain technology and the mainstream economy has sparked an exciting conversation about how we ascribe value,” says Abosch.

The artist sold the concept of a rose for US$1 million worth of cryptocurrency to a group of 10 collectors last Valentine’s Day. The Forever Rose, an ERC-20 token called Rose on the Ethereum blockchain, is based on Abosch’s photograph of a rose but does not physically exist, nor does it have a virtual visual representation.