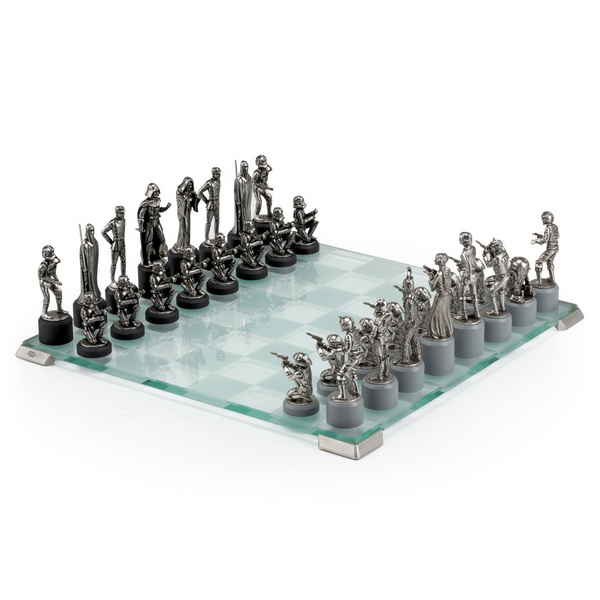 Star Wars battles come to life on the tabletop with armies from the Empire and Rebellion battling it out for supremacy.
Wednesday, July 24, 2019 By Jx Chong

It is time to stretch your mental muscles and strategise for the coming battle on Royal Selangor’s newly released Star Wars Classic Chess Set.

This affectionate homage to the science-fiction classic was made possible by Royal Selangor’s collaboration with The Walt Disney Company Southeast Asia. Set on a chessboard made of tempered glass and capped by satin finish pewter feet, two opposing armies stand against one another.

Featuring 32 intricately detailed pewter chess pieces featuring iconic characters from the original Star Wars trilogy. This includes the heroes and villains from both the Rebel Alliance and Galactic Empire, such as Luke Skywalker, Princess Leia, Darth Vader and Darth Sidious.

The figures are distinctly differentiated by their sleek bonded porcelain plinths in cool grey for the Rebel Alliance and matt black for the Galactic Empire.