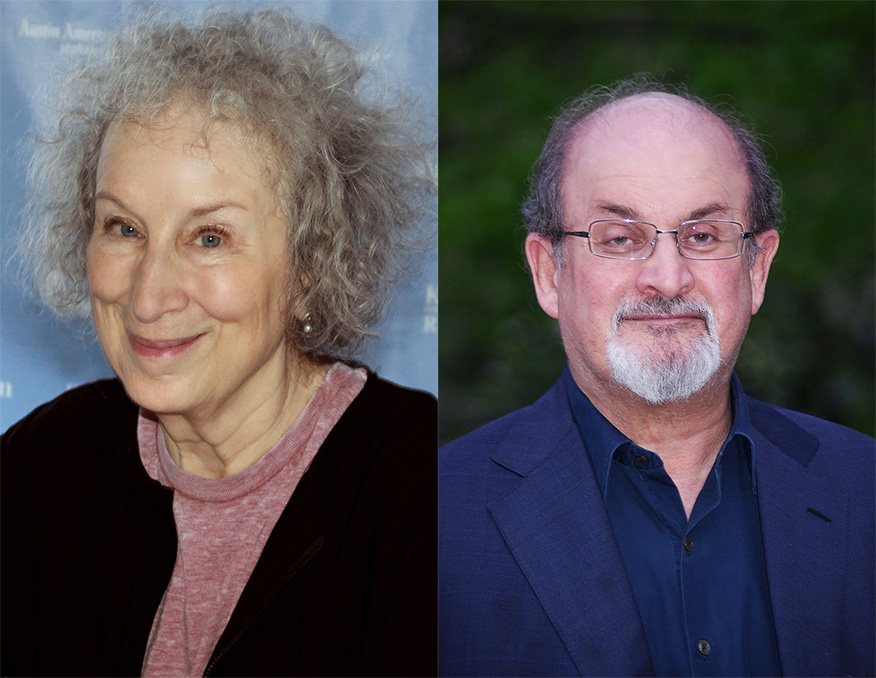 Margaret Atwood and Salman Rushdie are among the six authors shortlisted for this year’s Booker Prize.
Tuesday, September 3, 2019 By Mindy Teh

The coveted Booker Prize–one of the world’s most prestigious book awards– has just announced its shortlist. Six authors were named this morning (UK time) in a list drawn from 151 submitted books. The list features a diverse mix of literary stalwarts as well as new writers. Chiefly among them, former Booker Prize winners Salman Rushdie and Margaret Atwood.

“Like all great literature, these books teem with life, with a profound and celebratory humanity,” said the 2019 Chair of Judges, Peter Florence, speaking at a press conference at London’s British Library. The narratives are varied– Atwood’s sequel to The Handmaid’s Tale; a tragicomedy featuring a travelling salesman in American; Rushdie’s update of Don Quixote; a story set in the brothels of Istanbul; the trials and tribulations of a Nigerian man in the quest to better himself; West African female voices in the UK–are all explored.

The winner will be announced on the 14th of October this year.

The full shortlist is as follows: