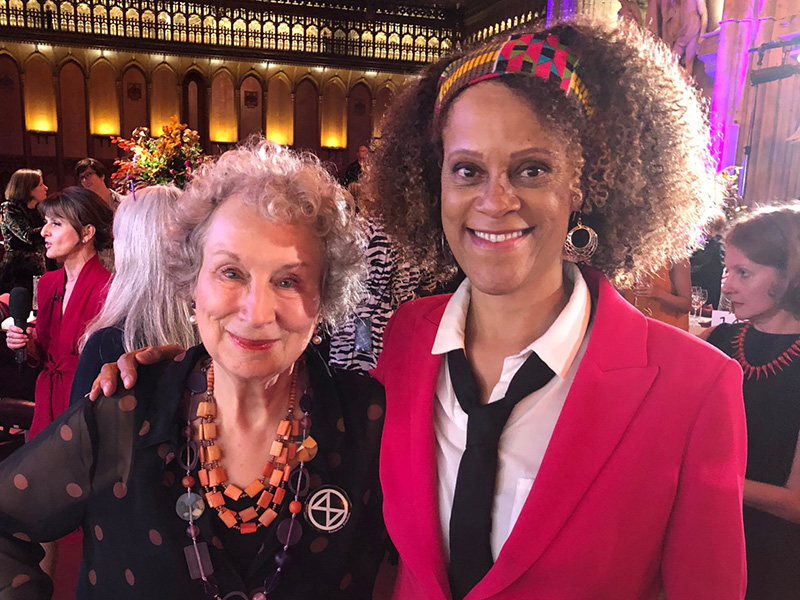 A surprising turn of events griped this year’s Booker Prize awards as not one but two winners emerged.
Tuesday, October 15, 2019 By Jx Chong

The world of literature was fire as the results of this year’s Booker Prize revealed that two highly acclaimed authors Margaret Atwood (The Testaments) and Bernardine Evaristo (Girl, Woman, Other) were crowned joint winners of the prestigious literary prize award and walked away with an even split of the £50,000 prize money.

Though judges were reminded that there could only be one winner, they had rebelled against the rules and proceeded with the shock announcement.

This is not the first time the Booker Prize had celebrated two winners. In 1974 the award went to Nadine Gordimer and Stanley Middleton and this occurred again in 1992 when Michael Ondaatje and Barry Unsworth emerged as the winners. Following this, the rules were changed in 1993 so that only one author could win the prize.

This is the second time that Atwood has won the Booker Prize. She first won in 2000 with her novel The Blind Assassin. Subsequently, she has been shortlisted for her other works which include The Handmaid’s Tale (1986), Cat’s Eye (1989), Alias Grace (1996) and Oryx and Crake (2003).

Meanwhile, Bernardine Evaristo is the first black woman to be awarded the Booker Prize. She wins with Girl, Woman, Other, her eighth book of fiction, which she has written alongside essays, drama and writing for BBC radio. Evaristo drew on aspects of the African diaspora, be it past, present, real of imagined, to inform Girl, Woman, Other.