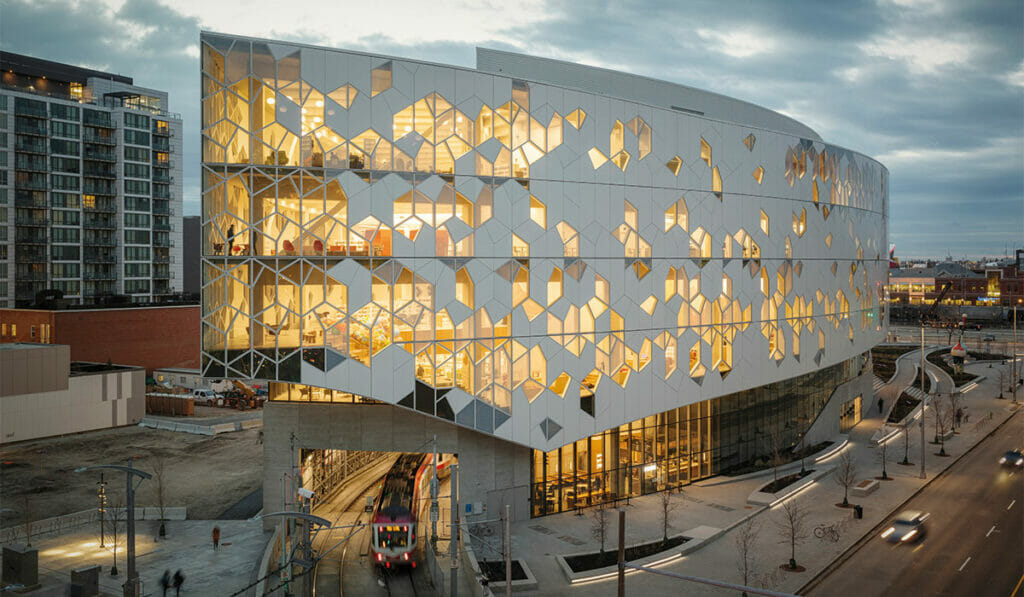 These four libraries are magnificently designed spaces that have revitalised neighbourhoods, and become a landmark in their home cities.
Thursday, January 23, 2020 By Editors

With the ubiquity of the Internet and the ease of buying or downloading books online, library memberships are becoming a thing of the past. Who can blame the public, really, when the traditional library calls to mind dusty books and claustrophobic aisles flooded in fluorescent light?

However, it’s precisely society’s Web dependence and the way this distracts us from interpersonal relationships that has pressed home the need for libraries as a communal space. The raison d’etre remains to provide free access to information, whether via computers or through physical books. But today, libraries have to provide modern and relevant platforms for young people to pursue their interests too – even if this isn’t reading. As civic spaces, they draw people together, encouraging inclusivity and togetherness, values that deserve much promulgation in the 21st century.

Using design, the following four libraries have been transformed from mere book depositories into sexy new spaces. They have revitalised neighbourhoods, increased visitor numbers and burnished the reputation of their home cities. Some people aren’t thrilled – they’re the ones who like reading in quiet libraries – but, then again, they’re in the minority these days.

WHAT: Helsinki Central Library Oodi, Finland
Oodi, which means “ode” in Finnish, touts itself as “a living room for residents, located right at the heart of Helsinki”. Designed by ALA Architects, the space offers users the options of visiting the cinema, recording music, using a 3-D printer, playing digital games or hosting a party. Those mystified by the library label need only go to the top floor, and they’ll step literally into Book Heaven. Book lovers can lose themselves in 100,000 titles in an open-plan space under a white undulating roof, the skylights mimicking sunlight breaking through clouds. The Instagram-worthy three-storey building, which opened in December 2018, resembles a towering ship, No wonder it sailed past 15 other libraries to win the 2019 Public Library of the Year award.