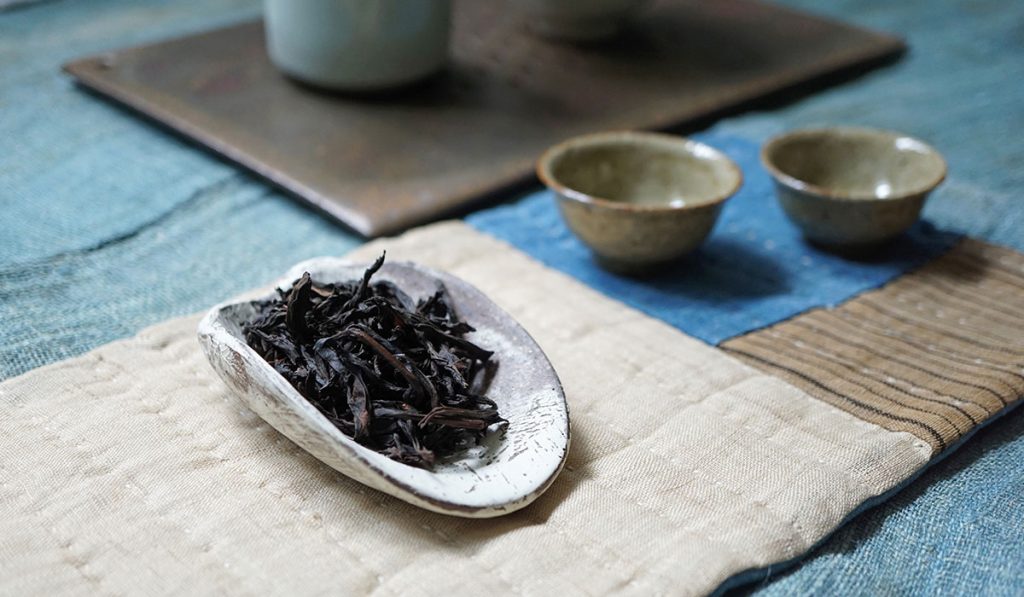 In recent years, a few teas have garnered such acclaim that they – like the legendary Moutons and Lafites – are often reserved for more affluent circles.
Friday, March 20, 2020 By Editors

Unlike their more affordable counterparts, these teas are produced only once a year, when they are mature for the picking, and processed with the utmost skill, diligence, and care. Putting aside the questions of prestigious appellations, noble cultivars, and the fame of the producer, the value of these teas is also largely determined by natural scarcity, making them some of the most exclusive in the world.

China’s Wuyi Mountains – now a Unesco World Heritage Site – have been the source of the imperial court’s tribute teas for the past millennium. The appellations here produce the world’s most expensive teas, with Laocong Shuixian arguably being the most rarefied. “Quality Laocong Shuixian is a fine example of what the best Wuyi tea can be,” says Alex Lim, founder of Eagle Tea Merchant. “Simply put, it is Shuixian crafted from old trees grown in the valleys of the traditional appellations, with the best terroir and micro-climates expressed through traditional roasting techniques that bring out a deep lingering sweetness and nuances.”

Brew: Best prepared in a Yixing zhuni teapot; the clay’s properties of heat and aroma concentration and retention help to bring out the tea’s subtleties. Use approximately 6g to 8g of tea leaves to 80ml of water and steep at 100°C. The first two infusions should last about five seconds each. Increase the duration by a few seconds for every consecutive infusion.

A Fair and Exotic Beauty

Dongfang Meiren, also known as Oriental Beauty, is one of Taiwan’s most beloved oolong teas. “It is prized for its honeyed fruity aromas and flavours, and can only be produced when perfect climatic conditions are met,” says Hong, from Woo Tea Studio. In the summer, the tea green leafhopper feeds on the tea plant, inducing the latter’s natural biological defence that results in an increase in natural sugars and organic compounds. This, in turn, translates to higher concentrations of appealing aromas and flavours in the tea. Dongfang Meiren by renowned tea producers is so desirable that collectors have started to buy “en primeur”, where the tea is priced and sold even before it is produced.

Brew: While it is customary to make Dongfang Meiren using a porcelain teapot or lidded bowl, experienced tea drinkers may also choose Yixing zhuni teapots for better aroma and flavour. Use about 5g of tea leaves to 80ml of water and steep at 90°C to 95°C. The first three infusions should last about five seconds each time. Increase the duration by a few seconds for every consecutive infusion.

Pu’er tea enjoys pride of place in many tea collections because, like fine wine, it is reputed to improve with age. If kept well, a vintage pu’er matures into a deeply complex, soothing brew that retains plenty of vibrancy and brightness.

“The best comes from old tea trees in Yunnan, and its character varies from region to region,” says Lim. “Particularly sought after is raw pu’er from Lao Banzhang’s old tea trees. But tea leaves from old trees here cost so much, farmers are reluctant to separate them from those of younger trees. Hence, many genuine Lao Banzhang end up being a blend of tea leaves from old and young trees that taste astringent, leading many drinkers to confuse astringency with aggression.”

Pure Lao Banzhang pu’er from an old tree is esteemed for its unusual balance of ethereal richness and volume that lead some tea drinkers to experience euphoria.

Brew: For old Lao Banzhang pu’er, choose a Yixing teapot made from hongni or zini, and use about 5g to 6g of tea leaves to 100ml of water steeped at 100°C. The first two or three infusions should last about three to five seconds each. Increase the duration by a few seconds for every consecutive infusion.

First discovered in the early 1700s, Tieguanyin is a type of oolong tea that originated in Anxi in the region of Quanzhou, located on the south-eastern coast of Fujian in mainland China. In the 1800s, the Tieguanyin tea plant was brought to Muzha, south-east of Taipei, where it is cultivated to this day by the descendants of the early tea farmers. Many are now into their fourth generations. True Tieguanyin is made exclusively from hongxin waiweitao, a high-maintenance finicky cultivar that rewards great effort with an extraordinary taste profile hinting at dark ripe fruits and roasted nuts with a delightful tinge of tartness. Hong likens its charm “to an old soul, drawing one in with deeply comforting flavours.”

Brew: Choose a Yixing hongni or zhuni teapot, and use about 6g to 7g of tea leaves to about 80ml of water and steep at 100°C. The first infusion should last about 20 seconds, followed by quick short infusions of three to five seconds for the second and third steeping. Then increase the duration by a few seconds for each consecutive infusion.

Laocong Shuixian and Lao Banzhang are available from Eagle Tea Merchant by appointment or online.